We are going to enhance a redux store with middleware. By the end of this post you would know:

Check out our repo to see how we did it.  Explanations below.

If you did not install angular/cli yet – this is the time:
npm i @angular/cli

In order to install these, cmd to your project’s directory and: npm i flux-standard-action redux @angular-redux/store --save 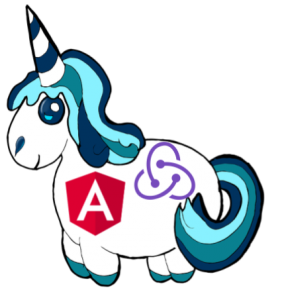 You can see the full app in our example-repo (master branch).
Let’s break it down a little bit:

As mentioned above, we would be using ngRedux. With ngRedux, you can use configureStore in order to setup our store in angular.

Here’s a link to the original demo, without middleware.

Take note of the store.module.ts file which holds our Items and selected state and uses configureStore  in order to create the store.  We then use it in our app.module.ts file in order. Now that we have our store setup, let’s move on to create our middleware.

Notice the components we talked about (list-control and list-view).  These are regular angular components. You should note how they use redux actions in order to control the list (example).

Do the right thing. Plug a middleware.

In our example, we’ll plug a logger middleware, which will print to console the next action to be performed. Not so fancy, I know, but for this demo – it will do. In a real app you’d probably want to use something like log4js for that.

Now, Let’s do A magic trick

For our next show, we’ll create a function you can use for pretty much any Redux middleWare. Our basic middleware function format will be the as follows:

What was that monster? Was it chasing unicorns?
Well, that answer is “no” to both questions, but it is a 3 levels nested functions (monster :)). It looks a bit hairy at first glance, but let’s take a moment to look at each level separately.

The outermost function receives a single parameter – store, which is our, well… store.

The middle one gets a next, which is a pointer to the next middleware or – to the original Redux dispatch function if we reached the end of the middleware array – a.k.a. stack (e.g. if we went through all of our middlewares).

The innermost gets an action. As you can probably guess, it is our action, so you can treat it the same as you would in your reducers with a very important difference – you can call other reducers from within a middleware. We’ll get to it later.

Finally, the innermost function returns an invocation of next(action). Remember, next is a reference to the next middleWare in line or the dispatch function in case it’s the end of the line.

If you’re familiar with node.js, you probably know this pattern from popular libraries like connect and express, which work pretty much the same.

So now you know what is a generic middleWare function, which (almost) any Redux middleWare is built like.
Actually, it might look less intimidating using es6 syntax:
store => next => action => next(action)

Now let’s use it to add our logger code:

All which is left to do is to add our middleWare function as an array at the end of your Redux config:

That’s it! Now any invocation of an action will pass through our amazing middleWare. Splendid.
You can see our app with the logger middleWare in our example-repo (middleWare branch)

What else can you do with a middleware?

The second most common use case for middleware is async operations. Since you can call other actions from within a middleware, you can simply create an async method and then call the right action with the data.

This middleware returns the next(action) as usual, but before that checks if it needs to do a fetch. If it does, it enacts the fetch and on its resolve (or error) enacts a new dispatch that handles success or errors.
This way, you handle async actions, with redux sync actions.

Have a question? a note? a recommendation for pizza?